CAREFUL research has found what is believed to be the earliest record of a self-operating wagon in an illustrated Italian manuscript on the Art of war, written about 1430. This paper, preserved in the Uffizi Museum of Florence, contains a drawing of a wagon propelled by sails.  The records of the city of Memming for 1447 tell of a mysterious covered wagon that moved under it’s own power.  The first illustrated book printed in Italy in 1460, written on the subject of military art by Roberto Balturio, presents a picture of a cart actuated by paddle wheels beating against the air.  In 1479, the city of Antwerp paid twelve pounds in silver to one Gilles de Dorn for a wagon that ran itself by means of concealed machinery.  Sailing wagons come into the records again about 1600 when Maurice Prince of Orange is said to have constructed one.  The next authentic drawing of a self-propelled vehicle is found in the papers of Sir Isaac Newton.  His conception was a steam boiler mounted on wheels that moved forward by the kick of the escaping steam against the air.  It is unlikely that it would have run if he had built it.
Below 2 different drawings of the self-propelled vehicle by Sir Isaac Newton. 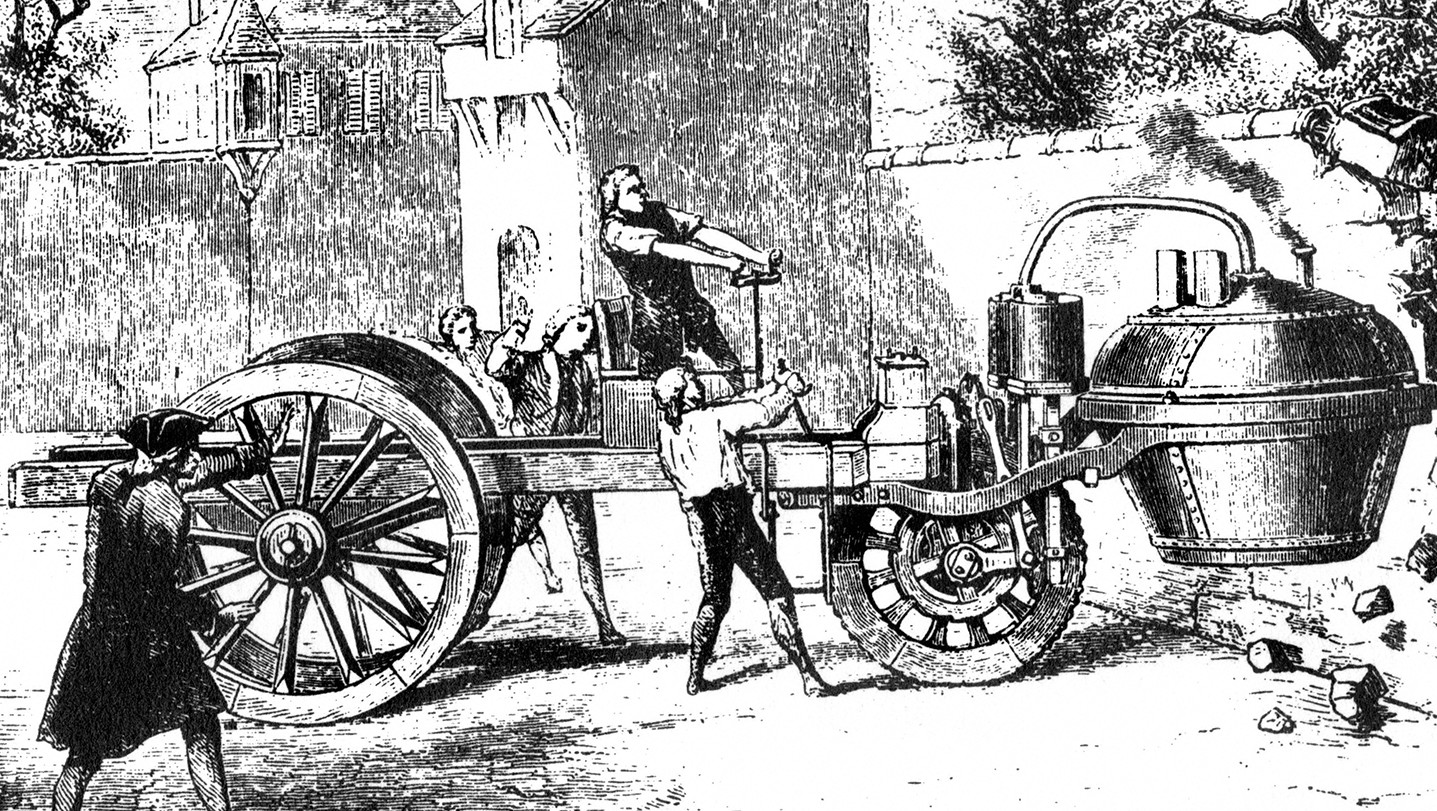